new WOW().init();
British
private garden
Meghan Markle and Prince Harry welcomed their baby girl and she has the cutest name! 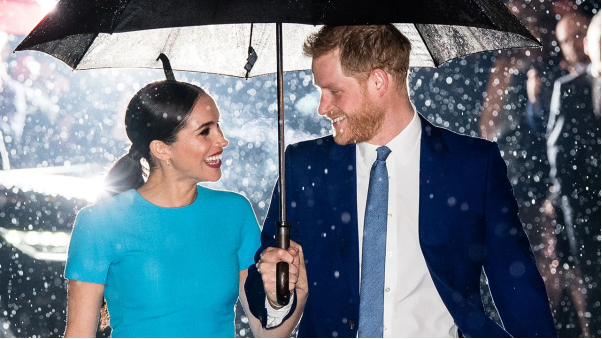 Meghan Markle and Prince Harry welcomed their baby girl and she has the cutest name!

In a statement released on Sunday 6th June, the couple revealed that they had called their daughter Lilibet “Lili” Diana Mountbatten-Windsor, named after both her grandmother and great-grandmother. 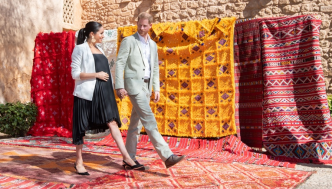 "It is with great joy that Prince Harry and Meghan, The Duke and Duchess of Sussex, welcome their daughter, Lilibet “Lili” Diana Mountbatten-Windsor, to the world," the statement read.

"Lili was born on Friday, June 4 at 11:40 a.m. in the trusted care of the doctors and staff at Santa Barbara Cottage Hospital in Santa Barbara, CA." 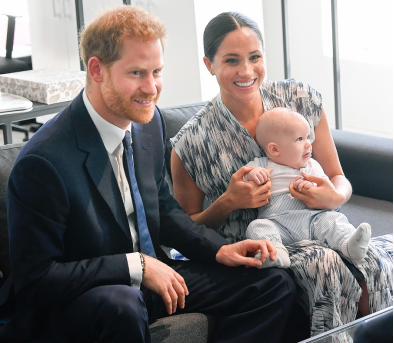 The couple announced they were expecting earlier this year. “We can confirm that Archie is going to be a big brother,” a spokesperson for the couple confirmed on Valentine’s Day. "The Duke and Duchess of Sussex are overjoyed to be expecting their second child," the source added.

The royal couple announced they were expecting Archie back in October 2018 and the 38-year-old gave birth to their son the following May. “He has the sweetest temperament,” Meghan told members of the press days after the infant’s arrival. “He’s really calm. He’s been the dream, so it’s been a special couple of days. It’s pretty amazing and I have the two best guys in the world, so I’m really happy.” 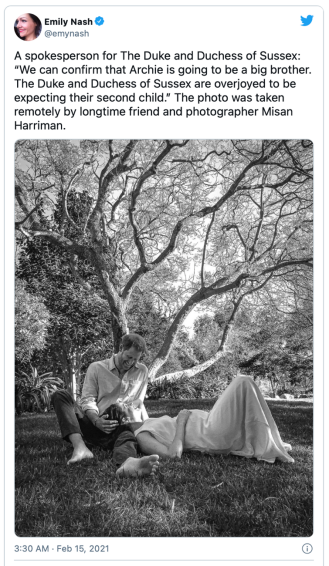 A stunning black and white photo of the expectant couple, taken by friend and photographer Misan Harriman, was also shared online.

Next post
London in May turns into a Flora World