Hit enter to search or ESC to close
Celebs

Emma Watson and Robert Pattinson had a Harry Potter reunion at the Golden Globes!

It’s been seven years since the last instalment of the Harry Potter series hit cinema screens, but that doesn’t stop the internet from getting overexcited when stars of the film are unexpectedly brought back together.

This latest surprising reunion happened on stage at the Golden Globes on Sunday night, when Emma Watson and Robert Pattinson presented the award for best television or movie in the limited series category. 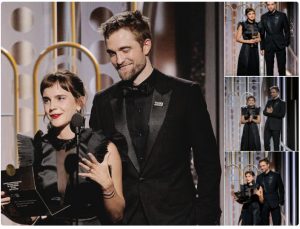 The pair played Hermione Granger and Cedric Diggory in the Harry Potter films and yes, their joint appearance was a truly magical moment. After all, it’s been a while since we last saw these two on the red carpet together…

Of course, their arrival on stage was a trip down memory lane for Hogwarts fans, who couldn’t get enough of this get-together.

Take Me Out To The Ball Game: Meghan Markle at a Baseball Game with Prince Harry!